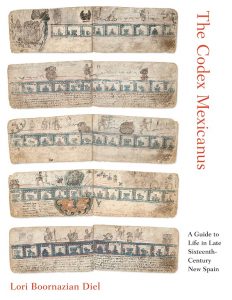 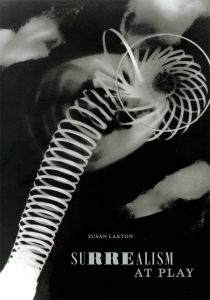 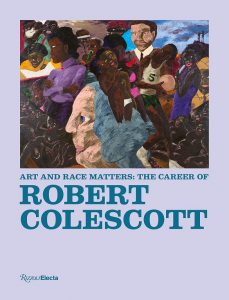 Jessi DiTillio writes about the exhibition catalog Art and Race Matters: The Career of Robert Colescott, edited by Raphaela Platow and Lowery Stokes Sims. Read the full review at caa.reviews.

On this week’s podcast, Canadian contemporary visual artist Meera Sethi and Arti Sandhu, Associate Professor of Fashion Design at the University of Cincinnati, engage in a rich conversation around a 2019 ad campaign by well-known Indian fashion label Raw Mango.

Raw Mango featured a Kashmiri bride to promote their winter festive collection, while at the same time the state of Kashmir was under political lockdown. Meera and Arti speak about issues around politics, privilege, and the use of craft within Indian high-fashion. 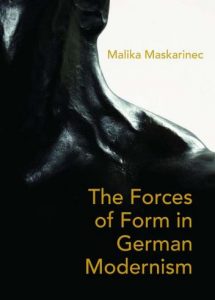 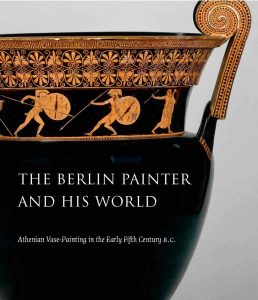 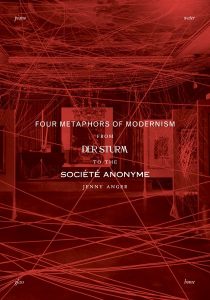 Joyce S. Cheng discusses The Forces of Form in German Modernism by Malika Maskarinec. Read the full review at caa.reviews.

Max Koss writes about Jenny Anger’s Four Metaphors of Modernism: From Der Sturm to the Société Anonyme. Read the full review at caa.reviews.

The American Council for Southern Asian Art (ACSAA), a CAA Affiliate Society, has condemned the ongoing assault on democratic institutions and intellectual freedoms in India. Read their statement below.

The American Council of Southern Asian Art (ACSAA), a non-profit organization and a community of academics and humanists, condemns the ongoing assault on democratic institutions and intellectual freedoms in India.

Both the Citizenship Amendment Act (CAA), signed on 11 December 2019, and the National Register of Citizens (NRC) Act, to be implemented in 2021, are openly discriminatory laws. We denounce any attempt at exclusion based on religion, caste, gender, race, or sexual identity, and find both laws to be antithetical to the Indian constitution and its democracy. In particular, as researchers and teachers of India’s art and architecture across millennia, we are committed to preserving the rich contributions of Muslims to its visual culture and intellectual life. We see this commitment as directly threatened by the violent, often state-sanctioned, erasure of such contributions, in instances such as the demolition of the Babri Masjid, the occupation of Kashmir, the renaming of cities, and the rewriting of academic curricula along Hindutva lines.

We stand in full support of the students and teachers at Aligarh Muslim University and the Jamia Millia Islamia, following the events of 15 December 2019; at Jawaharlal Nehru University, following events there on 5 January 2020; and everyone currently participating in peaceful protests and demonstrations across the country. We see the brutal attack at JNU—organized and executed by members of the Akhil Bharatiya Vidyarthi Parishad (ABVP), the student faction of the Hindutva organization, the Rashtriya Swayamsevak Sangh (RSS) and, with the ruling Bharatiya Janata Party (BJP), a member of the Sangh Parivar—as one more instance of a widespread denial of the rights of Indian citizens to critique their government peacefully and openly.

The accusations of “anti-nationalism” directed at marginalized communities at these confrontations – particularly Muslims, Dalits, and women – are reminders of the extent to which extremists will go to erode the secular principles on which the country was founded.

To date, there have been no arrests or investigations into the identity of the attackers at JNU, despite indisputable evidence. We deplore the negligence of the Delhi Police, who looked on as the attacks happened, and call for both an immediate investigation and the resignation of JNU’s Vice Chancellor, M. Jagadesh Kumar. Following as it does the instances of police violence at Aligarh Muslim University and Jamia Millia Islamia, as well as long-term interventions including cuts to funding and fee hikes, the JNU attack urgently increases our concern, as part of the global academic community, for public higher education and critical thought in India.

The American Council for Southern Asian Art (ACSAA) is dedicated to advancing the study and awareness of the art of South and Southeast Asia and the Himalayan regions, spanning all periods and forms of artistic production.

I Saw Police Stand by as Masked Men Attacked Students at a Top Delhi University. It Was Yet Another Assault on India’s Intellectuals (Time, January 8, 2020)

On Tuesday, February 6 at 2pm (EST) we will be online with Bruce J. Altshuler, Director and Professor of Museum Studies at New York University and Sandra Lang, Director and Professor of Visual Arts Administration at New York University to discuss their respective programs. Joining them will be Visual Arts Administration student Laura Busby and Museum Studies student Olivia Knauss.

For participant bios, see the full post on RAAMP.

RAAMP is a project of CAA with support from the Andrew W. Mellon Foundation and the Samuel H. Kress Foundation. 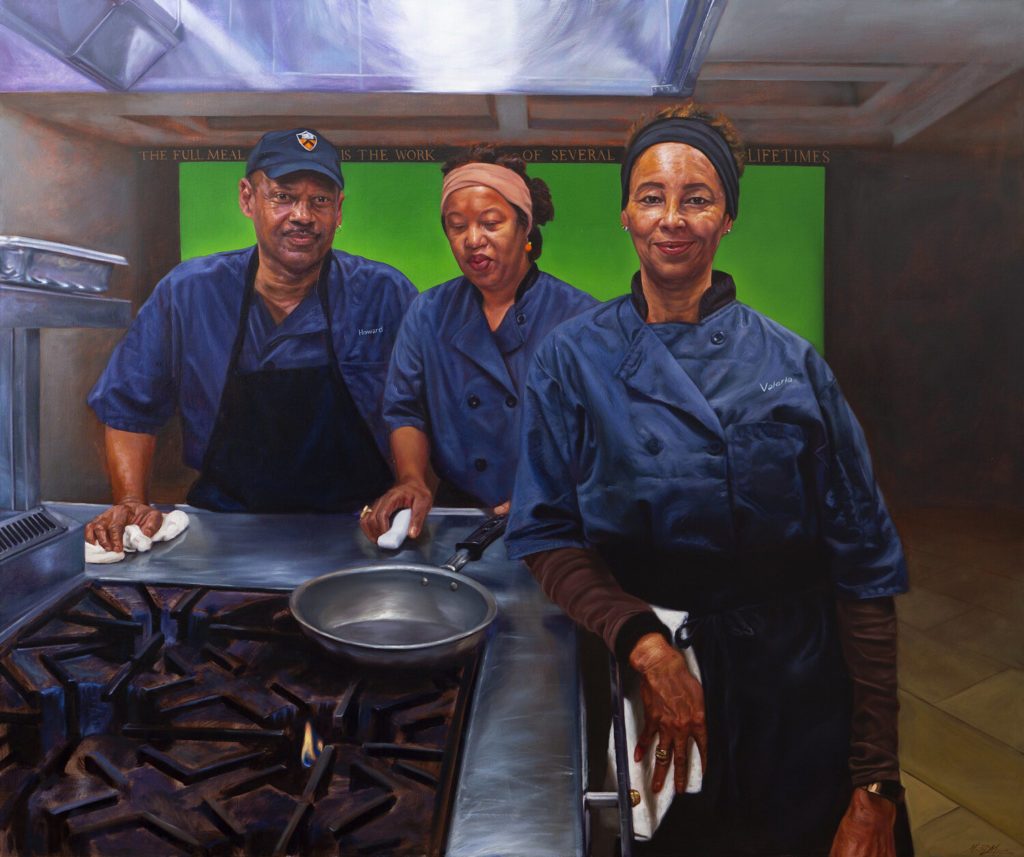 On this week’s podcast, two young high-profile designers talk about how they use research and create meaning in Fashion and Graphic Design. They also describe concepts for experimental studio projects that could be used in a design curriculum.

Maggie Paxton is a multi-category designer with a focus in footwear, currently working for Marc Jacobs on his runway and contemporary shoe collections. Maggie is a resident of Brooklyn, but travels often to Venehtsia, Italy for shoemaking purposes. Aside from shoes of all kinds, Maggie’s other interests include antiques and oddities, folk art and Americana, mycology, counterculture art and fashion, and logos of all varieties.

Jesse Reed previously worked as an associate partner under Michael Bierut at the New York office of Pentagram. While at Pentagram, his clients included New York University, Hillary for America, Wildlife Conservation Society, Bobby Flay, Syracuse University, and Saks Fifth Avenue, among others. In 2017, Jesse co-founded Order, a design office in Brooklyn, along with fellow partner, Hamish Smyth. He and Hamish are also the co-founders of Standards Manual, an independent publishing imprint focusing on the preservation of graphic design history, such as the NYCTA Graphics Standards Manual, and the NASA Graphics Standards Manual reissues, among others. Jesse has taught at the University of Cincinnati and Parsons New School for Design. His courses covered icon/symbol systems and branding development. 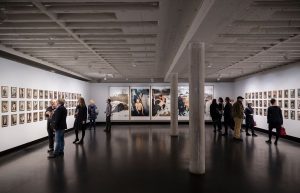 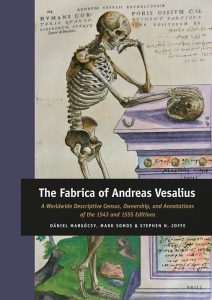 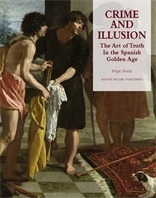 Lyle Massey considers The “Fabrica” of Andreas Vesalius: A Worldwide Descriptive Census, Ownership, and Annotations of the 1543 and 1555 Editions by Dániel Margócsy, Mark Somos, and Stephen N. Joffe. Read the full review at caa.reviews.

Marcus B. Burke discusses Felipe Pereda’s Crime and Illusion: The Art of Truth in the Spanish Golden Age. Read the full review at caa.reviews. 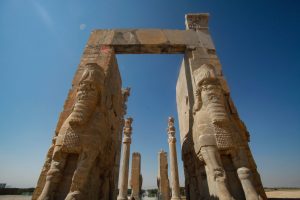 The archaelogical site and ruins of gates and columns of the Persian Achaemenid dynasty ancient capital city of Persepolis. Photo by Nicolas Economou/NurPhoto via Getty Images, via artnet News